The thing about writing a history, either personal or historical, is that research is critical, but also comes with caveats. Both facts and truth are too often thought of as amorphous these days, so we should make some important distinctions.

Facts are a consensus from reliable sources. They are only about what I will call general specifics. Did this happen or not happen? Is this a direct, recorded quote that everyone agrees on, or one that has passed down through many memories, many biases and has been tweaked? How a larger event happened is not a matter of fact, and will always come out different with different narratives. This is not a judgement on the different narratives or the tweaking to make a better quote or a better story, in fact, we acknowledge those differences, we just don’t call that a fact. The truth is more complicated.

All histories are told through a bias and lens of beliefs and none more than writing a personal history. In a memoir or autobiography it is implied that the story is from one point of view. But, when writing a personal history, should you only focus on your own perspective? In my experience, most people, while writing a memoir are not just recording memories, they are on a journey of self discovery. They are looking back reflectively. They are adding a perspective that they only get by investigating and attempting to find out what was really true.

For example, there are people telling their stories of abusive situations who look back and wonder what held them to stay in that situation. In their investigations, when they talk to others, or dig up other sources, they are surprised at what they find. They realize they have been telling themselves a story of how it was. Many of the facts may have been the same, but the intentions, reasons and what others motivations were, even what they thought were facts, are now considerably different. Remembering things a certain way may be a way of the psyche protecting itself, or protecting someone else, or may be an association that their young minds generated, but also, it is often a case of having the truth hidden from that younger person who went on to think, for years, ‘this is my history’.

So, if you are writing a personal history you are going to want to investigate to see if your truth will remain exactly the same or shift. If it doesn’t shift in facts, it may shift in how you look at it. The differences, now become the new narrative, and should. Why? It’s better reading. As readers, when we agree to read a personal history, if we were told up front, do you want to know only what happened, or do you want to know what I discovered? We will choose the latter every time. The process, the journey, is more important than the destination.

Oddly, big History (with a capital H), historical writing is not that different from personal histories in the same respect. We come with assumptions. Whether you are writing a historical account of something, or you are writing historical fiction in which you want a realistic background for both fictional and non-fictional characters and events of history, we are on a journey for what was true. For example, in History, there are well known public figures, little known figures, and even unknown figures who you could be unearthing for the first time. The amount of material on the well known public figures, at first glance, can make your research seem easier, but you will see that you are really building a character from multiple perspectives and adding your own spices from each little contributor. Biographers link up on the facts, but not on the motivations and character of a person; those can be wildly different. JFK and his assassination are both still mysteries of a man, his life and his death, with information coming out of the closet (mistresses), or out of a laboratory of recreation, even now. The new discoveries set off new speculation.

What does fiction and non-fiction historical writing have in common? Stories, characters, but also the background of the times. Anyone who has written either historical fiction or historical non-fiction knows that the amount of research is greater than your average book. But, it may be surprising that some non-fiction historians, enjoy reading fictional histories to get a deeper sense of the milieu of the times. A good re-imagining can help us understand what it may have been like, going on at a daily level. In some cases, researching using fiction can even prevent a researcher from starting strictly from scratch in their research. Looking at a fiction author’s depictions a historian can fact check what they are finding, versus digging it up themselves. Is this bad? Not when you consider that many historical fiction writers have already had their research lauded, so they are not a source to be dismissed, just double checked if you are writing with a desire for historical accuracy. 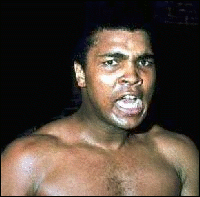 Characters from real life are re-created by research, it is true, but to bring them to life in a deeper way involves the same delving we use in fictional character development. What made them tick? What early events in their lives influenced them before they became historical figures ? This is known as backstory in fiction? Fictional characters are said to have had their backstory made up (though who really does the creation is a matter of mystery – see Writing with Cold Feet under Part III Secrets), while for real characters you have to find their back story in historical research and source documents. In both cases, researching a back story, can make or break the quality of the writing. In fiction, if you simply make up anything about a character and it doesn’t really fit the motivations, style or actions of a character, it is pretty hard to miss, and the quality is not good. We say the character (and story) was flat, unrealistic or unbelievable. The same can be said of non-fiction characters of history, or of personal history, if you do not lay the base for who they (you) are, where they (you) come from, what shaped them  or you, then you don’t know who you are resurrecting and why; the quality of storytelling will suffer.

“I can ask the important question. Not, what was true, and what was not, but what was the story that the author wanted to tell?”

I like to play a small game of reverse engineering when it comes to historical movie representations. I not only like to compare the movie to the book or article it was based on, I often compare it to the source documents referenced in the book. I want to know exactly where they veered off the text, what was omitted and what was added and figure out why. What made it a more compelling story? Or more believable? What timelines were shortened? Then, I can ask the important question. Not what was true, and what was not, but what was the story that the author wanted to tell? I can then judge whether that story hits the essence of why this story is important in history.

Filmmaker, Paul Morrissey, once confessed to me about his film, Beethoven’s Nephew, that he discovered that the nephew in question tried to commit suicide with two dueling pistols on both sides of his head, but they both slipped and just grazed his head. In Morrissey’s film depiction there was only one pistol. Morrissey told me that two pistols would have looked ridiculous. He wasn’t writing a comedy, but a tragedy and a film about obsession. That was the story he was telling.

My teachers gave me the gift of understanding that there is a big T Truth and small t truth, and in going for big T Truth, sometimes you have to move toward the essence of the story and not just the facts. That said, I would never want to interfere with journalistic integrity of laying the facts bare for the audience to decide… if it is a journalistic piece. But, if there is a way to do that and also reveal what you discovered and what is the essential importance of the story, chances are you have a better story. And, can we ever know the full truth? Probably not, not beyond the bare specific general facts. Everything else really is a perspective.

Do you want the VIDEO CLASS from historian Heather Conn on How to Write Non-fiction Histories: Passion, Pitfalls and Process? CLICK HERE.

To Get VSW Courses & Events Emailed to you…